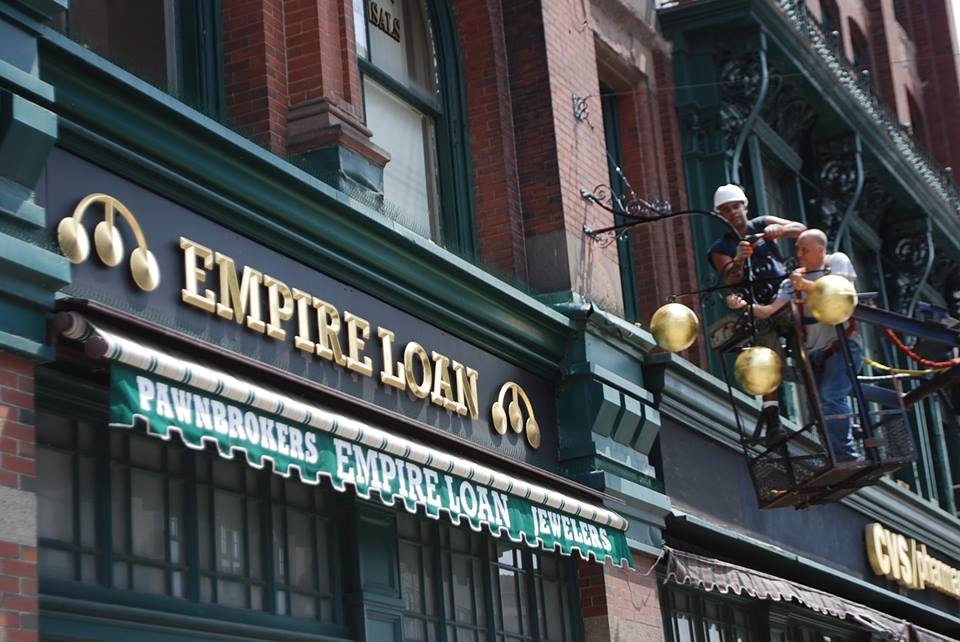 A process that took Empire Loan all of an hour to execute required several months of back-and-forth planning between the Boston-based pawnbroker and the Lowell Historic Commission. But it all came to fruition on Tuesday morning. “It” represents the installment of what Empire Loan owner Michael Goldstein refers to as the “universal symbol of pawnshops,” three gold hanging spheres from a bar. Beginning shortly before 10 a.m. Tuesday, workers from CO Graphics & Sings of Stoughton hoisted the symbol and attached it to the facade at Empire Loan’s shop on 43 Merrimack St. For the entire article you can–> read more here.