Contact | Locations
skypepinterestlinkedintwitterfacebook
HomeBlog What the Falling Price of Gold means to you!

What the Falling Price of Gold means to you!

December 18, 2014 By empireloan Comments are Off Blog

Within the past 5 years, the price of gold has been as high as $1,900 an ounce and as low as $1,061. When the price is high, you could sell your old jewelry for more money but it becomes harder to buy new gold jewelry because the price of that was higher too.

Empire Loan has been buying and lending money based on the price of gold since opening in Boston’s South End in 1985. As we enter the holiday shopping season (2014), the price of gold has been dropping, which means now is the time to buy at a store like Empire Loan. While Jewelry stores have higher margins and have paid more for their merchandise, Empire Loan has actually lowered the price of their gold jewelry meaning you CAN afford beautiful gold and diamond jewelry.

“In the past year and a half, the price of gold has dropped by over $400 an ounce” said Bob DeNutte, Sales Manager for Empire Loan. “This means we can sell the pieces we get for less, saving consumers 30, 40 and even 50% off our regular prices. And remember, our prices were a fraction of what most retailers were charging in the first place. Typically an item that we were selling for $500, most jewelry stores were selling for $1,000, $1,500 and even $2,000. Now with the falling price of gold, that same item at Empire Loan locations would be priced as low as $350”
National jewelry store chains and department stores pay more for their inventory and pass those costs onto consumers. Empire Loan pays less for their merchandise and passes those savings onto customers.

“Most customers who walk into an Empire Loan store look around and say it’s not what they expected and that’s what we hope for” said DeNutte from behind the counter of the Boston store at the corner of Washington and East Berkeley Street in the south End. “All I ask is that people take a look before they buy something elsewhere. You will not find better prices for this quality of merchandise anywhere and we stand behind that. If you’re not happy, come back and we’ll do what we can to make you happy”.
What do lower gold prices mean to you? Stop into Empire Loan and see for yourself. 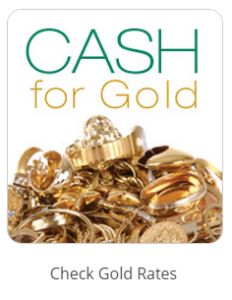