The Start of New England’s Leading Pawn Shop In Boston

October 9, 2015 By empireloan Comments are Off Educational 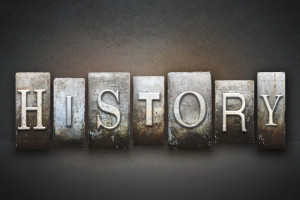 In 1985, Michael Goldstein, a 3rd generation pawnbroker from the New York area and recent graduate of Emerson College, decided it was time to go into the family business and open up a pawn shop in Boston. After 30 years, Empire Loan is now the leading pawn shop in New England with 8 locations in Boston, Providence, New Bedford, Worcester, Stoughton, Lowell and Lynn.

How did it get there? “After college I worked at some of the pawn shops that had been around Boston and it was very similar to my father and grandfather’s pawn shops in NY. They weren’t very nice and didn’t treat customer particularly well either. They didn’t cheat anybody but it just was not a pleasant experience for anybody” Michael said. “I decided I wanted to open a pawn shop that was different: treat customers honestly, fairly and with respect, try to have nice looking, comfortable, safe and well lit stores, everything these other pawn shops were not”.

With help and support of his family, Michael opened the first Empire Loan on Washington St. in Boston’s South End. As word spread about this “different” kind of pawn shop, Empire Loan grew, ultimately expanding to Providence in 1989, New Bedford in 1994 and Worcester in 2000. As each store opened, word spread that there was a pawn shop that was nice and looking to help people. That positive image helped as Empire opened their second location in Providence before adding stores in Stoughton, Lowell and Lynn.

“As Empire Loan moves forward, our goal is to treat our customers with dignity and respect” Goldstein says. “Our staff tries to educate and inform customers about all of their options when they come into our stores to do business. We hope to continue that tradition and look to keep growing as a company and as part of the community”