Empire Loan in Providence is all about giving back to the community. With two locations in the city, Empire Loan has made commitments to the North Main Street neighborhood where in addition to a beautiful pawn shop we have built Empire Guitars, a true home spun guitar shop. But on Broad Street in Providence is where Empire Loan has made a commitment to the community unlike any other pawn shop. Through a partnership with Calle Limpia, a joint venture between Empire Loan and Mi Sueno and Acua, located on the other end of Broad St. these two businessmen have committed time, money and resources into cleaning up the street.

Since last year, these businesses have paid workers and provided them with equipment to pick up trash and sweep up dirt to help build pride in the area. “I looked out the window of the store one day and saw a guy with a trash can literally just sweeping the street in front of the store” said managing partner Jeff Keithline. “When I asked him he put me in touch with Jesus Titin, the owner of Mi Sueno and Acua at the other end of Broad St. He told me how he was paying for these guys to walk up and down the street cleaning up and I knew we just had to be a part of it.”

Now in its second year, Empire Loan came up with 4 branded trash barrels on wheels with the logo for Calle Limpia on the side. That literally translates to clean street, something everybody can appreciate.

“Empire Loan has had a long term commitment to being the leading pawnbroker in Providence and our support of this great effort is just one example of how committed we are to the city” says Keithline.  “Since 1985, Empire Loan has worked hard to become New England’s leading pawn shop and this is just one more way for us to lead.” 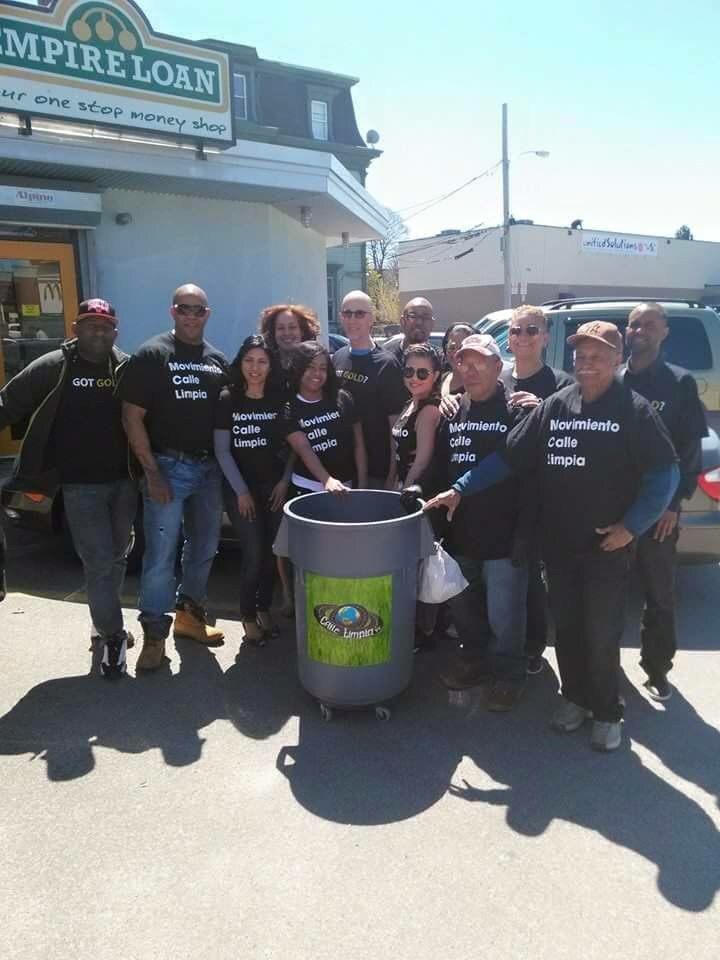