October 6, 2016 By empireloan Comments are Off Blog, Educational

October is a special month with the changing of the seasons and a choice of two birthstones that come in a wide range of colors; opal and tourmaline. 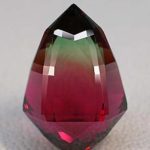 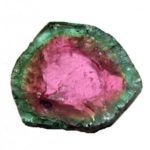 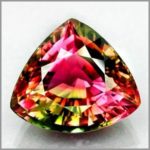 Tourmaline has become very popular in jewelry due to the wide range of colors it can be found in. There is something for every style and taste. Tourmaline is best known for featuring multiple colors in each gemstone, featuring two, three or more colors in a single gemstone and is known for having the widest range of colors of any gem. The more distinct these color differentiations, the more desirable to stone is. Tourmaline colors ranges from black, blue or dark brown through green, red, pink and yellow. One type of tourmaline is referred to as Watermelon Tourmaline for its green and red color variation in a single stone.

Tourmaline is found all over the world including Afghanistan, Brazil, East Africa in even in the US.

The other October birthstone is the opal, from the Greek Opallos, meaning “to see a change (of color)”. Opals also show a wide range of colors from a milky white to black with flashes of yellow, red, green and blue. The 3D reflection within opals is one of the stones finest and most notable features.

The GIA describes opal as: Fireworks, Jellyfish, Galaxies, Lightning with a shifting kaleidoscope of colors unlike any other gem. The most often used term is Play-of Color, which speaks to the floating reflections of light and color or fire in the stones. The five main type of opals are: