Contact | Locations
skypepinterestlinkedintwitterfacebook
HomeEducational Get Cash for Tools in Providence

Get Cash for Tools in Providence

April 17, 2016 By empireloan Comments are Off Educational

Have Tools and Need Cash? Empire Loan is Here to Help! 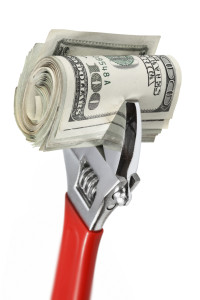 If you need a fast cash loan and have tools, Empire Loan at 1271 North Main Street in Providence can help.

Power tools from manufacturers like DeWalt, Bosch, Porter Cable and other top quality brands can be converted into fast cash loans at Empire Loan in Providence. Our staff will take a look at what the tools in similar condition are selling for second hand online with websites like eBay and Amazon and offer you a cash loan based on a percentage of what they sell for. Customers have brought in tools and gotten pawn loans from Empire for anywhere from $40 or $50 to a few hundred dollars.

Hand tools from major manufacturers also can be used as collateral to get a loan from Empire. Brands like Snap On and Klein are just a couple of the manufacturers that Empire can turn into cash. Complete sets or individual tools all have value.

It’s not just tools that Empire Loan in Providence takes in for loans. Musical instruments including guitars, trumpets, saxophones, flutes and even accessories like amplifiers, pedals and microphones can be converted into cash as can DJ equipment, electronics such as flat screen TV’s, tablets and laptops and even smart phones. Designer hand bags from Coach, Louis Vuitton, Fendi and others that have the proper paperwork can also be used as collateral for a loan from Empire Loan in Providence.

If it has secondhand value, let Empire Loan on North Main Street in Providence turn it into cash!