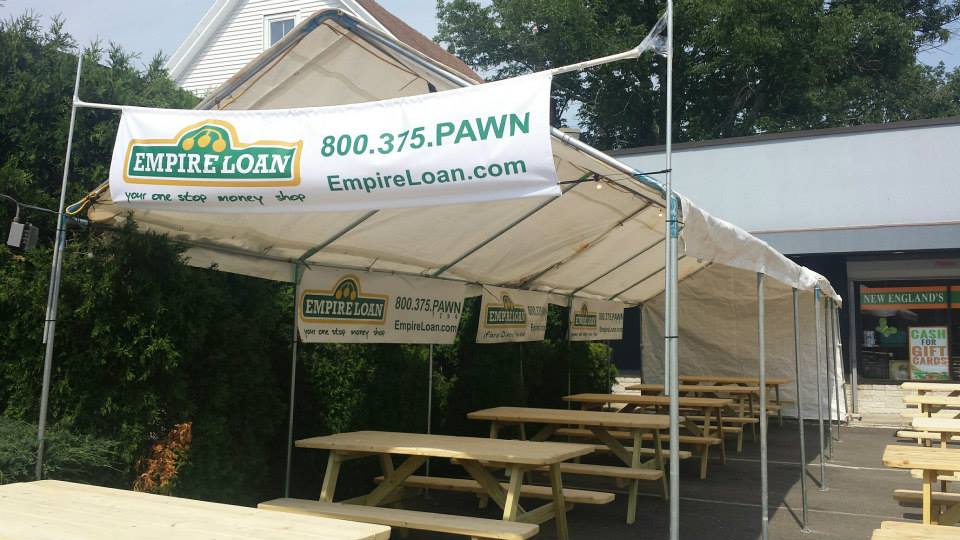 Massachusetts and Rhode Island are home to the largest concentration of Portuguese people in America. It may be the common history of fishing and whaling that created this phenomena but one thing is for sure, the South Coast area of Massachusetts and Providence Rhode Island is also home to one of the greatest Portuguese festivals in America, the Day of Portugal. Empire Loan’s New Bedford Pawn Shop location is fortunate to be located in the middle of this tremendous festival that attracts as many as 100,000 people every year!

In 2015, Empire Loan worked with the Day of Portugal Festival committee to create a new centerpiece that provided something for the whole family and the community to enjoy. Utilizing the space in front of and surrounding the store, Empire Loan created a family friendly picnic area, free  Portuguese themed face painting for the kids, an artisan and travel and tourism area that promoted Portuguese culture and vacations. 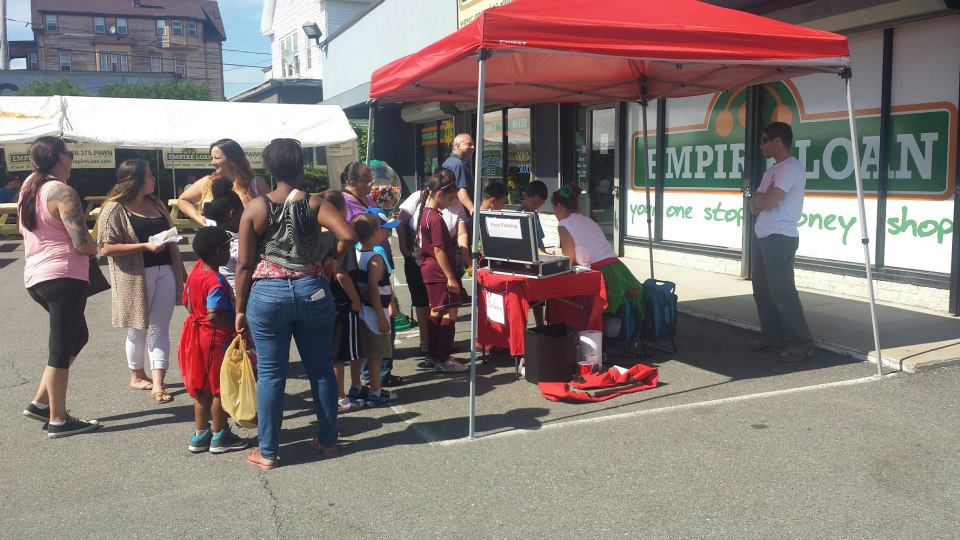 Empire Loan provided 15 picnic tables in a partly tented area that allowed attendees to take a seat with  food from some of the many vendors allowing them to just sit, relax and enjoy the festivities. Whether  it was Portuguese specialties or fun festival foods, the well-lit area was a welcome break from the  crowds. In the same area, Empire Loan brought in face painters who created a menu of Portuguese themed artwork that included the Portuguese flag, soccer balls, Princess crowns and other pieces that  were done free of charge for all the kids in attendance. This entirely free, family friendly offering was  very well received and appreciated.

Empire Loan also provided a huge exhibit space to a group of Portuguese artisans that allowed them to  display Portuguese arts and crafts as well as information on travel and commerce in Portugal. Attendees  were able to meet the artisans and representatives who were on hand to promote Portuguese culture  and talk about all aspects of life in the Azores.

To top it all off WJFD 97.3FM was broadcasting live from the Empire Loan store and keeping the crowds happy and entertained throughout the weekend. WJFD has been New England’s 50,000 watt voice of the Portuguese community for over 60 years and has been the centerpiece of the Day of Portugal Festival since its inception.

The Day of Portugal Festival 2015 was spectacular and Empire Loan looks to make 2016 even better!