Empire Loan is the Premier Pawn Shop in Worcester 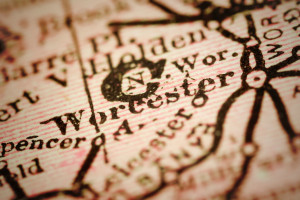 In 1985, Empire Loan opened their first pawn shop in Boston’s South End. Through 30 years of growth, Empire Loan in Worcester has been one of the true shining stars among pawn shops in Worcester celebrating their own 15 years anniversary this year.

Having moved a few years back to their new 700 Southbridge St. location in College Square Plaza just down the street from Holy Cross College, diagonally across from Rotmans Furniture  and right next door Wendy’s, Empire chose this location to be in the heart of Worcester among these other legendary institutions.

In the 15 years that Empire Loan has been open in Worcester they have grown to become a market leader among pawn shops in Worcester, having done loans on items ranging from horse saddles to a set of 24” truck tires, a Stanley Cup ring and even remote control boats and cars. “Gold and diamond jewelry is still the number one item customers sell or get loans on, but all of these other items are fun for us too” said Brian Johnstone, longtime manager of Empire Loan’s Worcester pawn shop. “We’ve done loans on the original Atari and Nintendo game systems as well as brand new iRobot vacuums and floor cleaners. You never know what’s going to walk in the door”.

What makes Empire Loan in Worcester stand out among pawn shops in the Worcester area is the customer service and professionalism of the staff. Brian has been with Empire since 1995 and Assistant Manager Julio Fundora is a 3rd generation pawn broker having grown up in the family business in Florida. They along with the rest of the staff take pride in helping customers get the cash they need and will always take the time to explain the whole process from beginning to end. One look at what customers have to say about the store and it’s clear that Empire Loan in Worcester is a shining star among pawn shops in the Worcester area.