This August marks the 25th anniversary of the worldwide web as we know it. Online shopping, college classes and degrees, recipes, email, movies & music, just about anything you can imagine can be found on the web. Cars are wifi hotspots, medical records are accessible, and how-to videos have changed the world as we know it. In the pawn industry, there have been technological advances that have helped customers and pawnbrokers alike. Empire Loan, a chain of pawn shops in Massachusetts and Rhode Island, has been leading the way.

Empire Loan has created an app called Cash Cam, that allows consumers to take a photo of an item and submit it to Empire Loan to find out what it might be worth.  “In the almost 2 years since we launched Cash Cam we have received hundreds of submissions from people all over the country, although it’s mostly designed for customers in Massachusetts and Rhode Island” Said Michael Goldstein, President of Empire Loan. “The concept was that people who are cleaning out their attic or find something at a yard sale can snap a picture and send it in to see how much they might be able to get for it. People have submitted artwork, antiques, instruments, electronics, just about anything you can think of.  It’s been a big success”

Another technological benefit Empire Loan offers their customer is an online loan center that allows customers to pay their loans from anywhere by logging onto www.EmpireLoan.com. “The Loan Center was created to allow customers to renew their loans or even redeem them without having to come into the store” says Goldstein. “Our customers can’t always get in to the store to pay on their loans because of work, travel or just not having the time. The best feeling is when they call in a panic about not being able to get into the store. We tell them to just log onto the website and they can pay through the web. You can almost hear the relief in their voice. People have paid while they were on vacation, at work, anywhere they happen to be really”.

Pawnbroking may be a centuries old industry, but pawnbrokers like Empire Loan have taken it beyond just New England, and into Cyberspace! 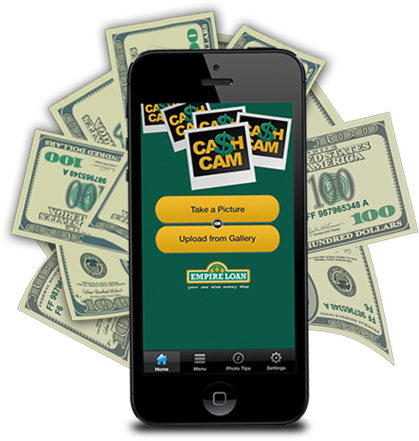