Boston Globe: Pawn shop rules may spill over to consignment 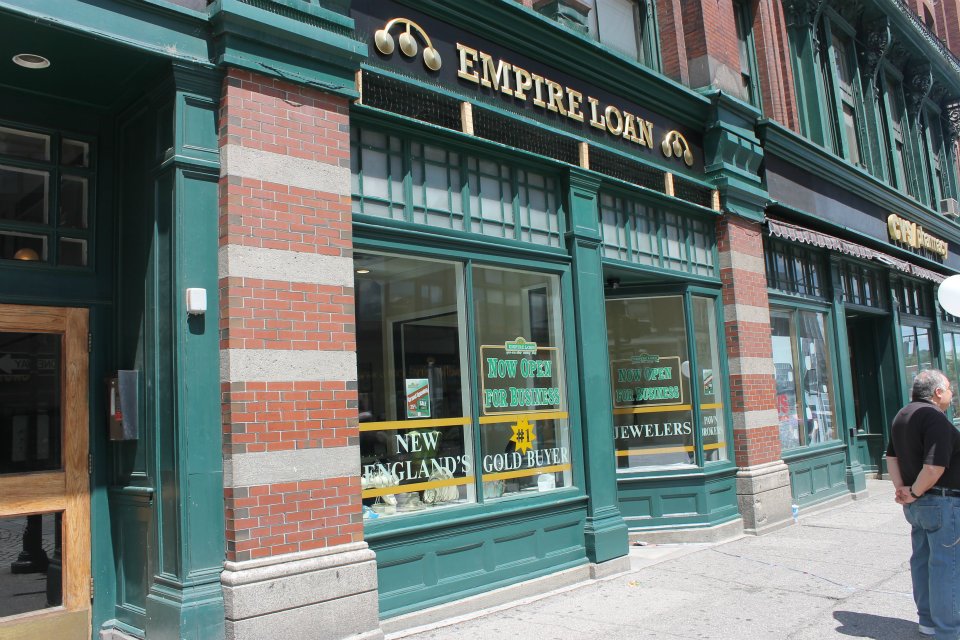 Kevin Kish chatted with regular customer Sherry Kelly at his consignment store, The Closet, on Newbury Street in Boston.

Kevin Kish is holding court at a sunny table outside his Newbury Street consignment store. Friends and neighboring business owners shout hellos from the sidewalk while he does paperwork. Customers drop off Coach bags and Prada shoes, hoping to sell them and split the proceeds with Kish.

One day soon, Kish may be required to photograph his upscale customers for the police, along with every black dress and designer bag they bring in for him to sell. It’s a prospect the 35-year owner of The Closet is dreading — and pushing back against.

He has the backing of other consignment store owners, and sympathy from officials who say the stepped-up scrutiny of secondhand stores was aimed at pawn brokers, and seems to have mistakenly ensnared consignment shops.

“It was really geared to pawn shops,’’ said City Councilor John Connolly, who cosponsored a city ordinance that has not yet passed, calling for some of the measures police are already implementing. “There are some people out there who are trafficking in a lot of stolen goods, and it’s just no questions asked. That’s what we’re trying to change,’’ said Connolly, a candidate for mayor.

‘I want to know that they are legitimately  selling their own clothes and that there is nothing stolen.’

Kish was one of 90 secondhand store owners in the city who received a letter from the Boston Police Department in early April informing them of the new rules: Photograph each customer and their identification, as well as their goods, and describe each item they’re selling on an online database. About 40 owners showed up at a meeting late last month in Hyde Parkwith a police lieutenant to go over the requirements. There were plenty of questions.

“Generally speaking, most of the dealers seemed to understand the new rules,’’ police spokeswoman Cheryl Fiandaca said in an e-mail. But “some raised concerns regarding taking photos of customers and maintaining electronic files for three years,” she acknowledged.

Taking information from clients in the secondhand goods business is standard practice for many merchants.

Kish, for instance, keeps all his consigners’ names and contact information on a computer, as well as the clothing and accessories he is selling on their behalf. (He has not, he confesses, filled out old “blue sheets” listing items by hand and turning them over to the police in about a decade.)

As for potential thieves trying to fence stolen goods, Kish said he goes by his gut. He knows his clients personally and has turned away strangers who appeared to be selling items lifted from another store. He feels that taking clients’ photos would be offputting to them, as well as a burden to his employees.

Michael Goldstein, owner and chief executive of Empire Loan, one of the largest pawn businesses in the Boston area, takes a different view.

He said that for 20 years he has snapped pictures of customers who come in to borrow money using their belongings as collateral, or to sell jewelry and other goods.

He keeps the photos on file, in case the police come looking for someone. But he does not like the idea of turning them all over to authorities automatically.

The Closet, a consignment store in Boston, may be required under law to photograph customers and items they sell.

“I am a little troubled thinking about police looking through pages and pages of people selling things or borrowing money,’’ said Goldstein, who also attended the Hyde Park meeting.

Indeed, there could be legal challenges to the proposed practice. David Yannetti, a criminal defense lawyer in Boston, said, “What right do the police have to conduct an essentially warrantless search of the records of consignment shops and pawn brokers?” He added, “It seems absurd on its face.”

Yannetti said people should be mindful of not giving up their civil liberties following the Marathon bombings and resulting heightened security in some areas.

While the new secondhand store rules predate the bombings, police may be mindful that the mother of alleged attackers Tamerlan and Dzhokhar Tsarnaev was arrested and accused of shoplifting last summer. She also was a consignment store customer, according to two people familiar with her shopping habits, who asked not to be named for fear of worrying other customers.

Chris Cassel is owner of The Garment District, a secondhand clothing store in Cambridge. Though he works and lives in the neighborhood where the Tsarnaevs resided, he said he never saw the mother in his store.

Cambridge is not subject to the Boston rules, but Cassel said he requires an ID when people sell their clothes to his store. “I want to know that they are legitimately selling their own clothes and that there is nothing stolen,’’ he said.

But he considers taking pictures of people and their clothes as another matter. “That would seem to be very difficult,’’ he said. “I don’t even know how you would physically do it.”

Fiandaca said, “The aim of the rule change is to give police timely, accurate information about the property for sale or consignment and the people offering the items to pawnbrokers and secondhand article dealers.’’

Goldstein of Empire Loan said police sometimes find store records, cataloging items for sale, useful in their investigations of home and apartment burglaries. They can check inventory that shows up in shops soon after a break-in to determine whether it was freshly stolen.

But Goldstein said that out of fairness, consignment stores should follow the same rules.

If stricter measures are being applied to people in less affluent neighborhoods with lower economic means, he asked, “Are they being implemented with people on Charles Street and Newbury Street?”

Beth Healy can be reached at bhealy@globe.com.