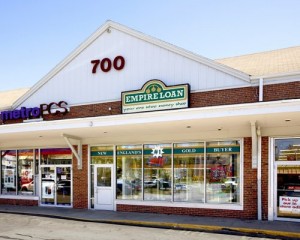 With pawn shops in Worcester MA and 7 other locations, Empire Loan has always tried to be a good neighbor in the cities and towns we serve.  Back in 1985 when we opened our first location in Boston, we decided that it was important to support the communities in which we operated.  We have worked with area charities like the Boys & Girls Clubs, local health clinics and hospitals, food banks and arts organizations. With pawn shops in Worcester MA, Boston, Providence, Lowell, Lynn, Stoughton and New Bedford Empire Loan has honored that commitment with contributions that help to strengthen and enrich the community.

Through the years, Empire Loan has given generously to neighborhood organizations as we’ve opened new stores. In just the past 2 years as we’ve opened new locations in Lowell and Lynn, we’ve made contributions to the Boys & Girls Club of Greater Lowell, The Greater Merrimack Valley Food Bank, My Brother’s Table, and Girls, Inc.  It is our privilege to support the valuable work they do.

“It’s important for Empire Loan to make a commitment to support the communities where we operate,” says president and CEO, Michael Goldstein. “Going back to when we first opened in Boston in 1985, we sponsored a giant Halloween Trick-or-Treat event at the Franklin Park Zoo. Because trick or treating for candy isn’t always possible in some of the communities in which we operate, this event gave kids in the inner city the fun of dressing up in a costume and Trick-or-Treating. Since that time we have sponsored organizations like City Lights, No Books No Ball, and the Sportsmen’s Tennis Club. ”

And our commitment to community causes has just continued to grow. Empire Loan started the Empire Loan Charitable Foundation to help with these philanthropic efforts. One of the major contributions the Empire Loan Charitable Foundation made was to the Mattapan Community Health Center, allowing the facility to triple the number of patients for whom they are able to care for. “We look forward to continuing to give back to the community in the years ahead,” says Mr. Goldstein.