February 2, 2016 By empireloan Comments are Off Educational 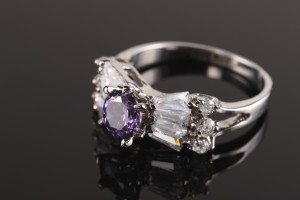 Each month of the calendar is represented by a different birthstone that has cultural, historical, religious and sometimes even mythical significance. The month of February is represented by Amethyst, a purple colored quartz gem that radiates from a violet to a deeper purple reddish hue. In ancient Greece it was thought to ward off Bacchus, the Greco/Roman God of the grape harvest (note the purple color connection to wine). Even the name Amethyst actually comes from the Greek word for intoxicated.  It was said that the Amethyst would keep the wearer clear headed and quick witted. During the middle ages, English royalty often used the Amethyst as part of their clothing and jewelry to represent their position in society. Amethyst is found all over the world but the finer specimens were often found in Russia but today much of it is found in Brazil and Zambia.

For those February birthday’s on your list, Amethyst jewelry could be the perfect gift.