Save Time and Shop at Providence Pawn Shops

November 27, 2015 By empireloan Comments are Off Uncategorized

Shop Providence Pawn Shops and Save! 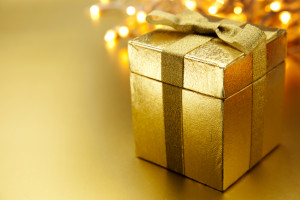 Wait! Before you brave the massive crowds and over hyped sales at the mall, take a trip to Empire Loan!

National jewelry store chains in big malls ramp up their advertising (and prices) on gold and diamond jewelry to lure you in for the holiday season. They promote how the items they have are unique and express your love and devotion. When you’re all done you just dropped a small fortune on a small, overpriced piece of jewelry that a thousand other people bought for their loved ones too.

Take the Providence Place mall in downtown Providence  for example where there are 9 different stores that sell jewelry. How unique can the jewelry be if nine national chains have locations in just that one mall.  A pawn shop like Empire Loan has thousands of gold, platinum silver and diamond pieces to choose from and no two are alike. Chains, bracelets, pendants, earrings and rings in every design you can imagine, is on display. One truly unique store without the headache from a pushy sales person trying to up sell you on their warranty. Empire Loan has two Providence pawn shop locations with plenty of free parking, and they both offer prices that are just a fraction of what those mall stores offer.

Don’t drive around in circles looking for a parking spot just to shop for overpriced merchandise that everybody else has. Try the new experience of getting great deals on beautiful top quality gold and diamond jewelry at Empire Loan.

Wipe The Dust Off and Get Cash For Gold

November 25, 2015 By empireloan Comments are Off Educational

Wipe the Dust Off and Get Cash

This time of year we all could use a little extra cash for the holidays. How about diving into the corners of your own home for treasures that you can get instant cash for! Here are some of the things you may have laying around

Need cash for the holidays? Take a look around and get into your friendly neighborhood Empire Loan pawn shop!

What Sets Empire Loan Apart From The Competition?

November 20, 2015 By empireloan Comments are Off Educational 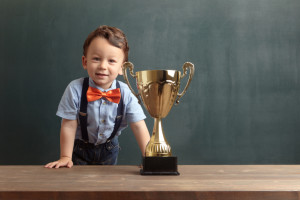 When Empire Loan opened 30 years ago in 1985, the goal set out by third generation pawn broker Michael Goldstein was to create a new kind of pawn shop, one that treated customers honestly and respectfully. Those guiding principles carried on as Empire expanded and nowhere is that more evident than in the New Bedford/Fall River area where Empire opened their second store.

When that store opened in 1989, New Bedford and Fall River pawn brokers had developed a terrible reputation for being less than honest and fair with customers. Not telling customers that they did not have to come in monthly to make payments, charging them excessive fees and interest and trying to short change them by giving them less than what they deserved. New Bedford and Fall River pawn brokers were everything Empire Loan in New Bedford was not.

At Empire Loan in New Bedford, pawn brokers take the time to explain the process to their customers and tell them ways they could even save money on their loans. The staff at Empire Loan’s Acushnet Avenue store work with customers to try and get them as much money as they can for their items, but explaining they don’t have to take the maximum amount if they don’t need it, which helps them save money.

One of the biggest differences between Empire Loan in New Bedford and other pawn shops in Fall River and New Bedford is the time they take the time to teach customers how the loan works and what the fees and charges are. Surprisingly enough, other pawn shops on the south coast don’t do that one simple thing. That’s why while the industry sees around 80% redemption rates for pawned items, Empire Loan in New Bedford sees almost 90% of their pawn loans redeemed. This means that only 1 in 10 people can’t or don’t redeem their loans and get their merchandise back.

What sets Empire Loan in New Bedford apart from other pawn shops in Fall River and New Bedford? It’s all about caring about our customers.